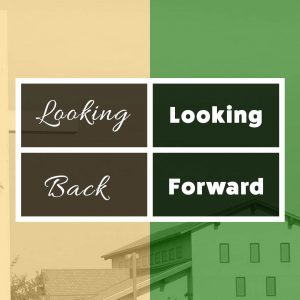 I was a single mom that weekend. Tyler was out of town for work. We were all new to the community, having moved from the Lakewood area in Dallas just four weeks before. I got all three of my girls dressed, which is no small feat for one set of adult hands trying to wrangle a six-, four-, and three-year-old singularly and simultaneously. But by the grace of God, at 8:15 on a September morning, the girls and I loaded up and were on our way to church.

My optometrist back in Dallas had been the first one to recommend we give Creekwood a try. He lived in Fairview and said Creekwood was a smaller, more intimate congregation than what we were used to at our church in Dallas. With that came a pastor who was willing to engage in one-on-one conversations and church members who would become like family. The truth—I was skeptical at best. But I wanted to be intentional about getting connected to this new community where we intended to grow our roots as a family.

In the church we had been attending, the unwritten rules of the traditional service in particular were uniformly understood by all attendees. Dress to the nines. Drop your children at Sunday school. You and your spouse attend worship in the sanctuary. If you bring a young child into the sanctuary, expect a side eye. And if your child makes noise in the sanctuary, expect LOTS of side eye. I assumed the unwritten rules applied across the global denomination of Methodism. By every measurable metric, I was prepared for dutiful compliance.

As my girls and I walked into Creekwood for the very first time, we were greeted at the door with smiles and welcomes. It was a warm reception, but my healthy distrust of strangers meant I wanted to keep the girls with me during the service. The four of us strolled down the center aisle of the sanctuary in our Sunday best, which seemed overly formal all of a sudden. The prelude sounded from a baby grand piano instead of a multi-million-dollar organ. The solid-wood pews had been replaced with comfortable albeit casual individual chairs. Where the hand-carved preacher’s pulpit normally towered stood a modest podium with a wooden cross and a quaint prayer garden as its backdrop. But the distinction that made all the difference—our first steps inside were met with children’s activity binders and comforting pats on the back rather than a sea of side eye.

I’ll never remember the substance of that first sermon. But I’ll always remember it was perfect. “Love God, love your neighbor, and love yourself.” This was the message I wanted my children to hear. This was the message I needed to hear. And this was the message I couldn’t wait to share with Tyler. As I gathered the girls’ pipe cleaners and drawings, I had several couples approach me. They introduced themselves. And then, to my complete surprise, they thanked me for attending church with my children. They complimented the girls on their behavior and their artwork. They told me that children are the lifeblood of a church, and that my children brought joy to their morning.

I knew we had found our church home. Our family attended Creekwood for the rest of the calendar year before becoming members. In that time, I had those one-on-one conversations with Pastor David, the ones my optometrist had told me about. At 2 o’clock on a Tuesday afternoon, we’d delve into Creekwood’s philosophy on issues important to our family, like salvation, Sunday school curriculum, acceptance, sexuality, and grace, all while my two youngest daughters doodled on Pastor David’s white board.

We give to Creekwood and we support Creekwood so other young families can experience the familial belonging we’ve been blessed by ever since that first September morning. We have made lifelong friends. We have found fellowship. We have found a Christ-centered life because of Creekwood. And we can’t imagine a better gift to pay forward. 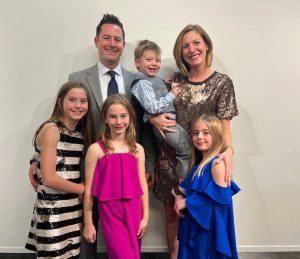 Give to the Ministries of Creekwood

Struggling For Peace And Purpose

It’s The Hope That Kills You